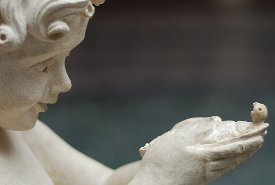 Today’s editorial was originally published on Dec 10, 2007. It is being re-run today as Steve is at DevConnections.

I definitely used to not trust developers. At least not with my database code, requiring them to send requests to me and I’d build tables, stored procedures, etc. Over the years as I’ve talked to others and become a little more mature, I’ve started to believe that I can trust them more and let them build objects. I still think I need to review their work, but they can be trusted to get the job done their way.

Apparently I’m not the only one and this is a good blog entry on software teams and some of the issues with managing developers. In the post Jeremy Miller talks about the need for teams to work together with great communication and not be bound or regulated by external groups that just want things to flow a certain way.

It’s probably a lot of common sense, but it’s really good advice that you have knowledgeable people within and outside of the development team. You include people in discussions about architecture or implementation, you invite collaboration and you trust your people.

That’s the big word and despite the fact that many of us say we trust our teammates, too often we just do something outself rather than ask or expect someone else to do it. Or trust that they will.

We may say it’s because it’s quicker, we don’t have to explain it, we were already working on something similar, or many other reasons. But often it’s that we trust ourselves more than others.

That’s understandable, but it doesn’t build a strong team for the long term. Working with others, letting them make some mistakes, maybe even take a little longer than you would, will pay off over time as you learn to trust each other, count on each other, build that bond that only a team that has all members working as one unit can achieve.

And achieve a synergy that produces from work from the team than would come from the sum of each individual’s efforts.

The podcast feeds are now available at sqlservercentral.podshow.com to get better bandwidth and maybe a little more exposure :). Comments are definitely appreciated and wanted, and you can get feeds from there.

Today’s podcast features music by Joe Sibol. If you like it, check out his stuff on iTunes or at www.joesibol.com.

Editor, SQLServerCentral
View all posts by way0utwest →
This entry was posted in Editorial and tagged software development. Bookmark the permalink.
%d bloggers like this: