Last week on Twitter, a friend mentioned they were submitting to the PASS Summit and went through their previous speaking engagements. This person noted they had done over 40 talks in the last few years, which is a lot. I do more, but it’s part of my job. Ten talks a year in your spare time is quite a bit, and kudos to anyone that does that.

I have a Speaking CV page, but I decided to load a bit of data into a database, where it should be but isn’t. With time constraints, I only loaded 2015-2017 into the db, but I’ll get the rest loaded at some point.

In any case, I decided to run a few metrics and see where I stand. 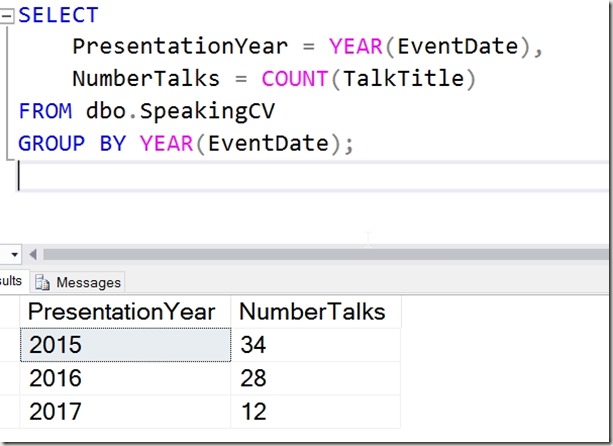 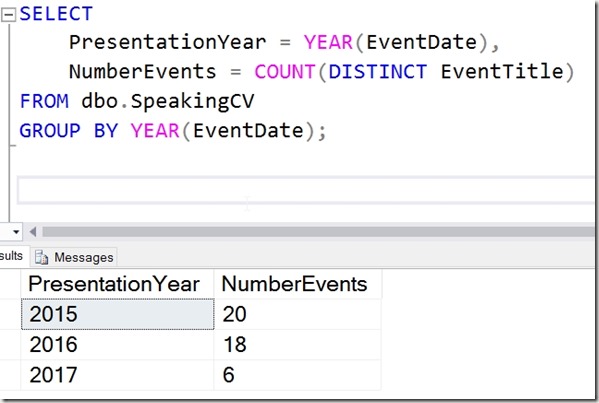 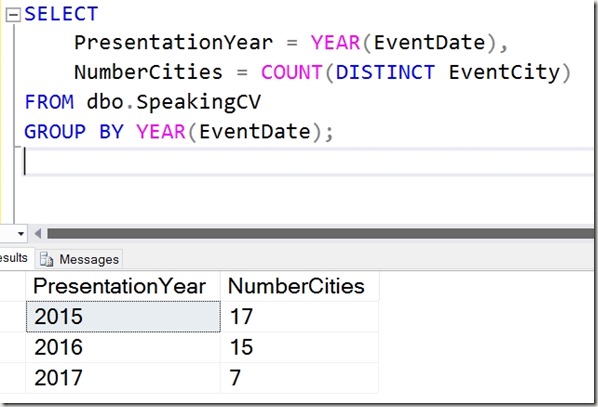 It’s been a busy few years.

Editor, SQLServerCentral
View all posts by way0utwest →
This entry was posted in Blog and tagged speaking, syndicated, T-SQL. Bookmark the permalink.

2 Responses to A Busy Few Years