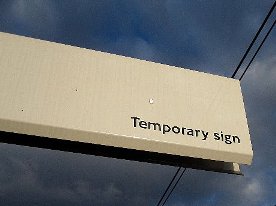 Temporary placeholders can be valuable

Recently I was studying for the MCM exam and one of the things that came up in my research was the idea of temporary indexes. I had never used them before and was intrigued by the idea. I have dropped indexes before a large load and then recreated them, but these are indexes I planned to keep on the table indefinitely.

There are always processes that you run periodically on some schedule. These might be end of month, or end of year processes where you run a series of reports or queries that aren’t necessarily run at other times in your business cycle.

Since this was a new concept for me, I wanted to ask and see how many others might actually be using this. Maybe you’ll get an idea for how to speed up some of the periodic, but very important, processes you run. For this Friday:

Do you use temporary indexes?

However you might implement them, let us know how you use them, and how they have improved performance for you.

Editor, SQLServerCentral
View all posts by way0utwest →
This entry was posted in Editorial and tagged Friday Poll, sql server. Bookmark the permalink.
%d bloggers like this: