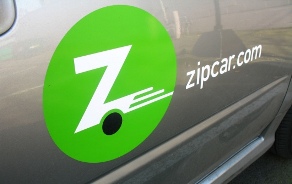 Zipcar has done a great job of using technology to more efficiently manage assets in the real world.

Computer technology has done an amazing job of making many parts of business more efficient. It has streamlined processes, freed up many people from relatively menial tasks and increased the speed at which we can accomplish many things. This has been both good and bad, as fewer people are needed in many positions because of the capabilities of technology, but this has also freed many more people up to spend more time thinking about more complex problems.

We have also seen investments in computer technology result in much more efficient operations in many industries. One example is our delivery companies plot our optimum routes for package delivery, saving time and fuel. Another example caught my eye the other day: car sharing for government fleets of vehicles. It’s a concept, using technology from ZipCar, that could potentially save tens of millions of dollars.

The concept of sharing is nothing new in computing, where our applications have been sharing computer resources for decades. However a number of companies have started to expand that concept to the real world, because of the power of new technologies that allow tracking, management, and administration of physical assets. Quite a few companies have come up with a way to share resources and run a business. This same concept is something that we are doing with virualization, allowing multiple users to share the same hardware as there are significant amounts of time when any particular server is not being used to its potential.

In the real world, we have to have enough cars to satisfy the peak demand, when the most number of people need a car, which is challenging. My guess is that some people will not be able to get a car when they need it, especially as the software tries to reduce the number of cars to the minimum level it can. We see people doing this with VMs (Virtual Machines) as well, which can lead to worse performance than expected from a particular VM. I think in many cases this is acceptable to companies in order to save money, but there are cases where it isn’t. For those cases, you might be better off with your instance on a physical host rather than a VM.

Editor, SQLServerCentral
View all posts by way0utwest →
This entry was posted in Editorial and tagged misc. Bookmark the permalink.
%d bloggers like this: