I was excited to hear about the v12 Azure databases supporting CLR assemblies. Mainly because I’ve been doing testing work with tSQLt and wanted to run tests in an Azure database.

I upgraded a SQL Azure database to v12 and connected in SSMS. My first step was to open the tSQLt file.

I had the file open, connected to Azure. This was the easy part. Now I need to actually send the batch across and compile the code: 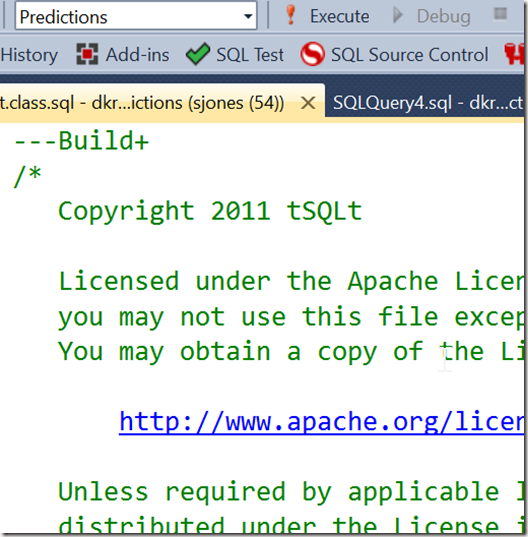 My next step was to execute it. However that didn’t work as well as I expected.

There are multiple errors here, but it’s possible that one error causes others. I pinged Sebastian Meine, the creator of tSQLt about the External_Access and he noted there was only one method that needs it.

So I decided to make a change. First, a search.

That got me the assembly installation.

I decided to try and change this to something that’s contained inside the database. Since Azure is a bit of a black box, I thought safe was the way to go.

With that change made, I compiled the entire file again. This was the only change I made.

That’s cool, but does it work? I connected in Object Explorer and then opened SQL Test. I saw my database, and I could create a test.

However I got an error on the connection and creation of a procedure.

Even from Object Explorer, I refreshed the procedures, but got this:

This appears to be a SQL Server 2014 RTM error. Actually I was on a CU, but not SP1. It is supposed to be corrected in SP1.

However the procedure was created, and I could alter it.

More importantly, I can execute it.

If I change the code. 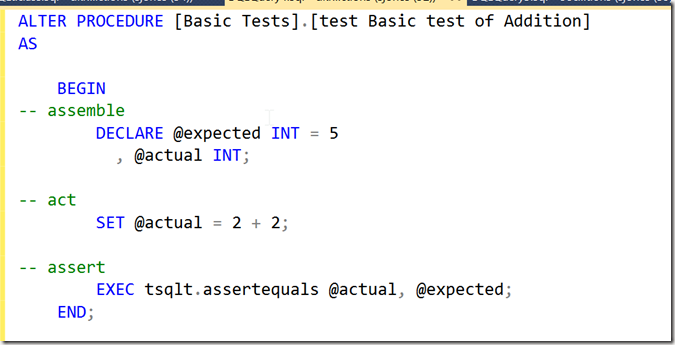 It appears that tSQLt can now work in v12 databases in Azure, so start adding those unit tests to your database projects.

Editor, SQLServerCentral
View all posts by way0utwest →
This entry was posted in Blog and tagged Azure, syndicated, testing, tsqlt. Bookmark the permalink.