I was going through a few of the Redgate products with a customer recently and they wanted to perform some validation of the build and release process with SQL Change Automation without setting up Azure DevOps or Jenkins or any server. Not a  bad idea, and a good way to actually learn how to do things.

Working with PoSh is a little funny, since many of the Redgate cmdlets require objects, not strings, so this is a quick post on how to get a build working and output a nuget package with your database code.

The things you need to do before we get started:

I’m going to show the script first, and then I’ll describe how a few things work, since I expect some people want to just get a build working.

This is a basic script that validates a SQL Change Automation project and packages up a particular version of your project.

The way this works is as follows. First variables. For the build I need to change these:

The flow of the script is:

From here, I’d use the Nuget package as the start of a release process, another post for another day.

I can override the package version with a parameter, so I can enter this on the cmd line:

That gives me a build that works on my system.

In my folder for BuildArtifacts, I see the new package. 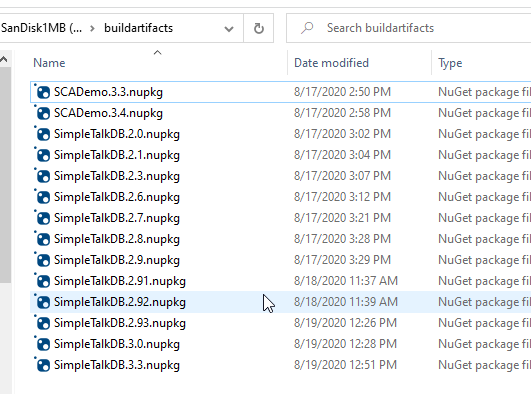 Give it a try, and let me know if this works for you.

Editor, SQLServerCentral
View all posts by way0utwest →
This entry was posted in Blog and tagged Redgate, SQL Change Automation, syndicated. Bookmark the permalink.