Attaching All Databases with PowerShell – The Overview

TL;DR Script is here: Git Hub Powershell Scripts. It’s the attachdbs.ps1 and will attach all databases in a folder to a SQL Server instance, if they don’t exist.

I wrote a PowerShell script recently to actually accomplish a task I that I needed. What’s more, this was the first time I thought that Powershell might prove more useful than other methods. This series looks at my script, and this part examines the first part that I wrote.

After my problems with Windows 8.1 and my reinstallation of SQL Server, I had a problem. I had no databases.

I had the files. I had backup files. However the instance didn’t have any databases registered. I started down this path.

However that seemed inefficient. I actually had a pattern of things that I knew needed to be done, I had a bunch of repeatable work, this sounded like it should be a PowerShell type task. I could have done it in T-SQL, or grabbed a script from SQLServerCentral, but it made more sense to load databases with PowerShell.

Of course I started Googling, but didn’t see any posts that shower someone with mdf/ldf files and needing to attach them to an instance without knowing what you had. What I had was an instance, with no backup/restore/detach history.

I also had a bunch of mdf/ldf files in a folder. As well as some folders for Filestream/Filetable information. 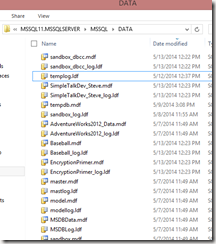 What did I do? I’ve got the script on GitHub, and you can grab the latest version at: Powershell Scripts (choose the attachdbs.ps1 file)

This post will give an overview of what I needed to do and I’ll post more details about how I built the script in pieces. The overview of the process is:

That’s what I needed to do and development went in those stages. Certainly there were issues, but I got it working as of this post. When I ran my script, I saw these results:

In SSMS, I had my databases.

I even had my Filestream stuff in place. SQL Server handled that for me. 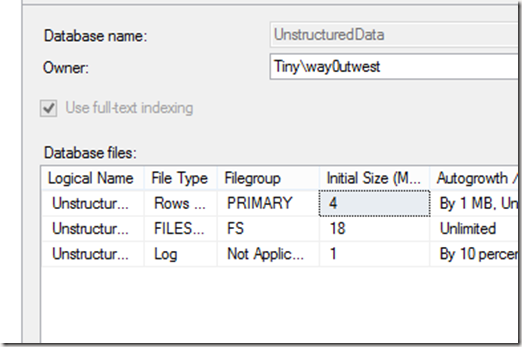 I’ll include other posts that talk about the details of how I build this, which took about 3 hours one day, and an hour the next.

Here are a few posts where I picked up bits and pieces of what I needed to do.

Editor, SQLServerCentral
View all posts by way0utwest →
This entry was posted in Blog and tagged administration, Backup/Recovery, powershell, sql server, syndicated. Bookmark the permalink.
%d bloggers like this: