Back to my routine. Up at 8 and starting guitar. 45 minutes of blues lessons. 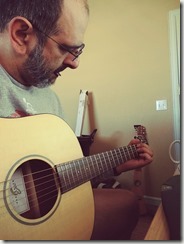 Learning a few licks, practicing along. It’s interesting to me as I haven’t listened to a lot of blues over the years, but I definitely like the artists influenced by them. I’m enjoying these lessons, and I need to record myself with the background and then play along a bit and work through different licks.

My plan after this was to go to town, swim, donate some things I’ve packed up, and then come back. That fell apart as my wife had to go to a client, but today she doesn’t have an employee. So I need to feed. 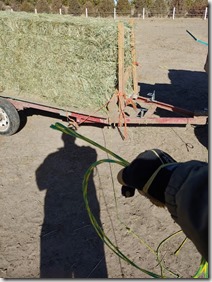 It’s not that hard, but going through all the feeders is the better portion of an hour, especially as I had to load a bale onto the trailer.

As I went around, I realized it was a really nice day. Warm (50F) and not much wind. I also circled the loafing shed a few times as I fed, and realized I needed to get that done. After feeding, I packed up some equipment, loaded the tractor with the generator, and headed out to do the trim and roof. 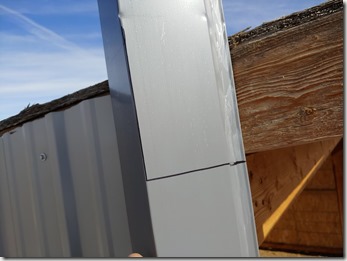 Trim requires a few strange cuts, and I made those, though after the first one, I realized that I’d forgotten gloves and I need them. Too many metal sparks thrown up.

I did the West side, 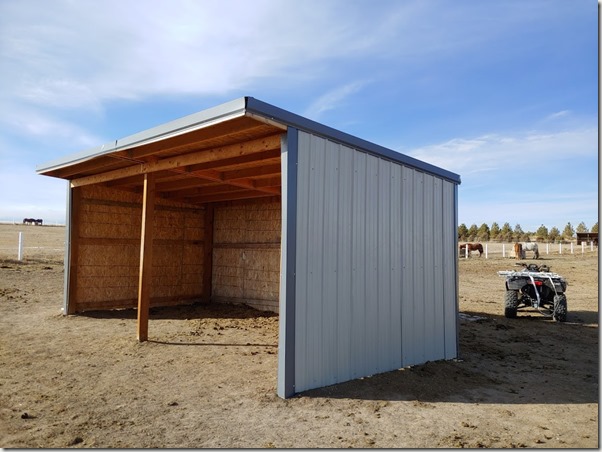 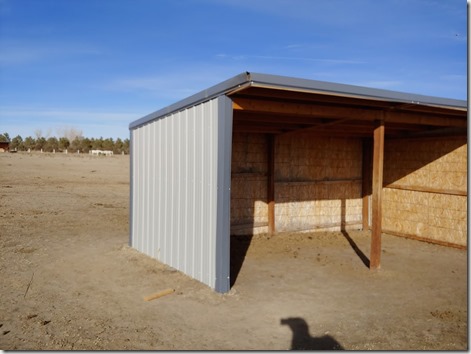 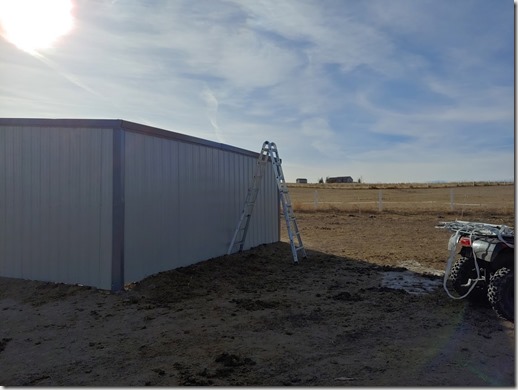 Not at all what I wanted to do, but it needed to be done and my wife is happy. I moved the remainder of the material near the arena, where I need to finish off the generator shed. Not today, as it got late and the wind picked up.

I did decide to work on the solar winch a bit. First, I tapped out threads for my clamps. I’m constantly amazed as I fix things that I need to tap out threads. What seemed like a daunting skill isn’t too bad,and I’ve become good at it. This tap kit has to be one of the better tool purchases I’ve made. I’ve really gotten my money’s worth. 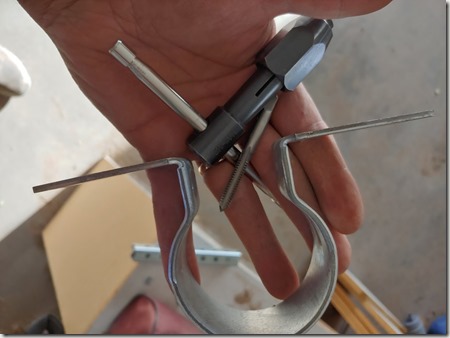 With the threads tapped, and finally able to screw in the bolt, I drilled holes in the second one and then mounted both in the building. The manual winch will stay for emergencies, but this is where the winch will mount. I was hoping to get it up there, but the bolts I have are too short with this thick rectangular steel piece. I dropped one in my truck to get the proper length later tonight. 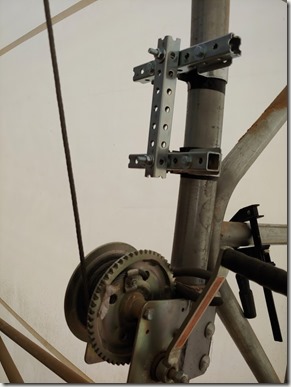 Now it’s time for yoga and then volleyball practice. That will round out my day, and end the week.

What do I think of week 2? Time is flying and I feel like I’m not really getting enough done. While I’ve had a decent amount of guitar work, not as much as I’d like, and certainly I’ve been wandering around without too much focus.

I also didn’t do anything in the basement or garage this week, other than sweep out a bit of the shop area. I’ve spent time working on figuring out the winch, making some mistakes and restarts, and also two days on the shed, getting metal up. Those things certainly needed to be done, but they aren’t what I’d planned.

However, I’m not too upset. My plans were vague and ill-defined, and I realize there is plenty of ranch stuff I’ve let go. I still need to fix a few feeders, and if we have good weather, that will be a priority Monday and Tuesday. The dumpster did get emptied, so I can start going back through the basement, and I will do that Wednesday.

Overall, I’m relaxed. While I haven’t accomplished anything big in two weeks, I’ve gotten a lot of little things done, things that I’ve been letting go for too long with a busy work and travel schedule. This sabbatical is giving me a chance to catch up.

The other good thing is that mentally I’m relaxed. I’m working with my hands, doing physical things, and staying off the computer, other than these blogs. That alone might be a good reason to take the sabbatical time.