A day late, but I wanted to get the start of week 3 out there. A slow start, but relaxing.

A busy weekend, mostly volleyball for me. Saturday I had to feed horses early, then the a midday practice. Afterwards I was planning on working on my winch, but ended up being short a part and having an issue with alignment, so I gave up, played some guitar, and then drove to Pueblo for a tournament.

Sunday was in Pueblo all day coaching, then dinner with my wife and home late. Nothing really happening on this day.

I started with some guitar. I wanted to get back to a routine, and while I did sleep in a bit, I then spent about 90 minutes going through a few lessons and practicing. I’m wandering around, so a mix of some blues lessons, a guitar exercise lesson, and then a few songs. I also started to look through the Top 60 Fingerpicking songs. I won’t get through 60 on this sabbatical, but I started with #1 (Time of Your Life), which I know, but not as a fingerpicking song.

Then I decided to go outside for a bit. It was a nice day and I cut some metal, trying to get the winch mounting holes to align with the holes in the metal bar. I had to extend a few holes, and stopped there. My plan was to remove the wire rope and then attach the existing one, but the one Allen wrench I’m missing is the one I need.

Frustrating, but I have other things to do.

Since I was in the shop, I decided to mock up a guitar stand. I need at least one, and likely two, in my office, so I thought I might take some plywood and make one. I cut a couple pieces and then added a biscuit to join them 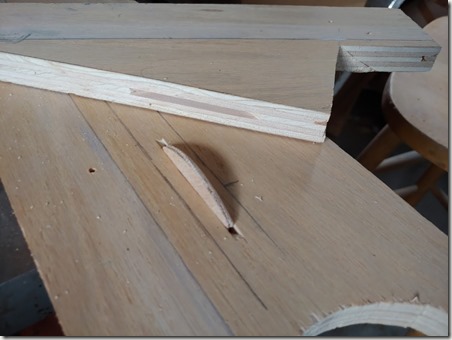 The glue has to dry, so I stopped here, but I did make progress on something.

Since nothing was working well upstairs, I decided to work on the basement. I went downstairs and get through one of the rooms, removing some stuff and sweeping out the floor. I took stock of some of the framing, and realized that this might be a bigger project than I thought.

In any case, I found a few interesting things. This is the last set of servers that ran SSC. The firewall on top, two web servers, and the db server on the bottom. They’ve been in my basement since Redgate took over the hosting. I didn’t fire them up, but I piled them in a spot where I can decide what to do with them.

I went through some books, culled out those that are worth donating, along with some CDs, stereo equipment and luggage, and loaded it all in the car. That’s an errand I ran on the way to the gym. 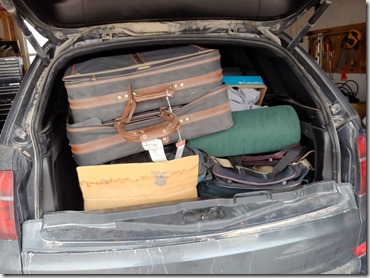 I also found a couple boxes of SSC shirts. I brought them up and put a couple loads into the washer to clean them. They must have been in the basement for six or seven years. They look OK, but they’re a touch musty. I’ll give them away at the user group meetings. 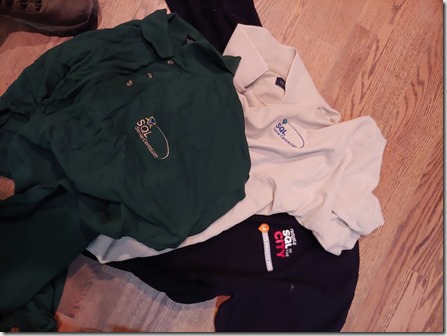 Finally, some health time. Goodwill, yoga, and the grocery for a few items.

The day ended with more guitar in bed, with my wife singing along for a few songs. A nice, relaxing day.

I’m still not quite moving in the direction I want in the basement and garage, but I am making some progress. It’s also relaxing and exhausting to be working every day with my hands and not with a computer.